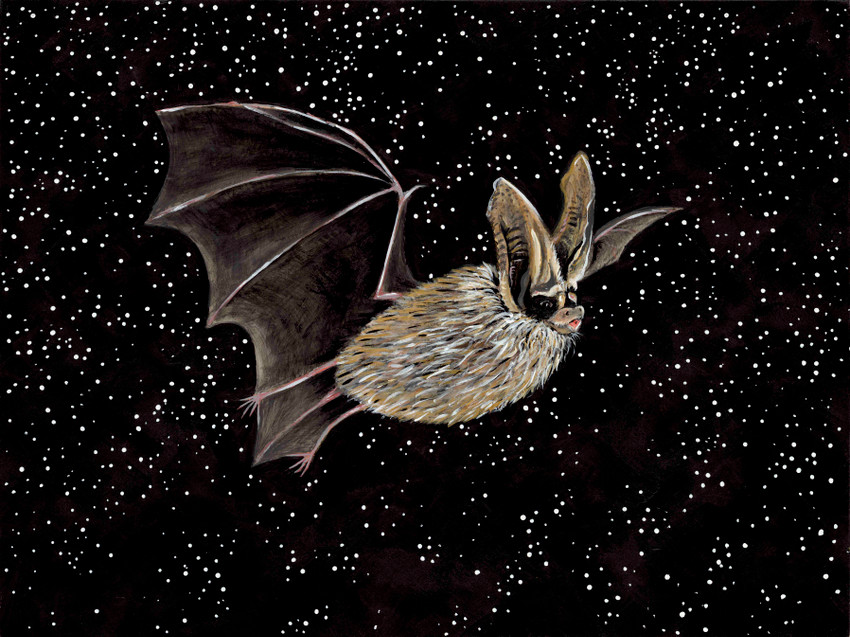 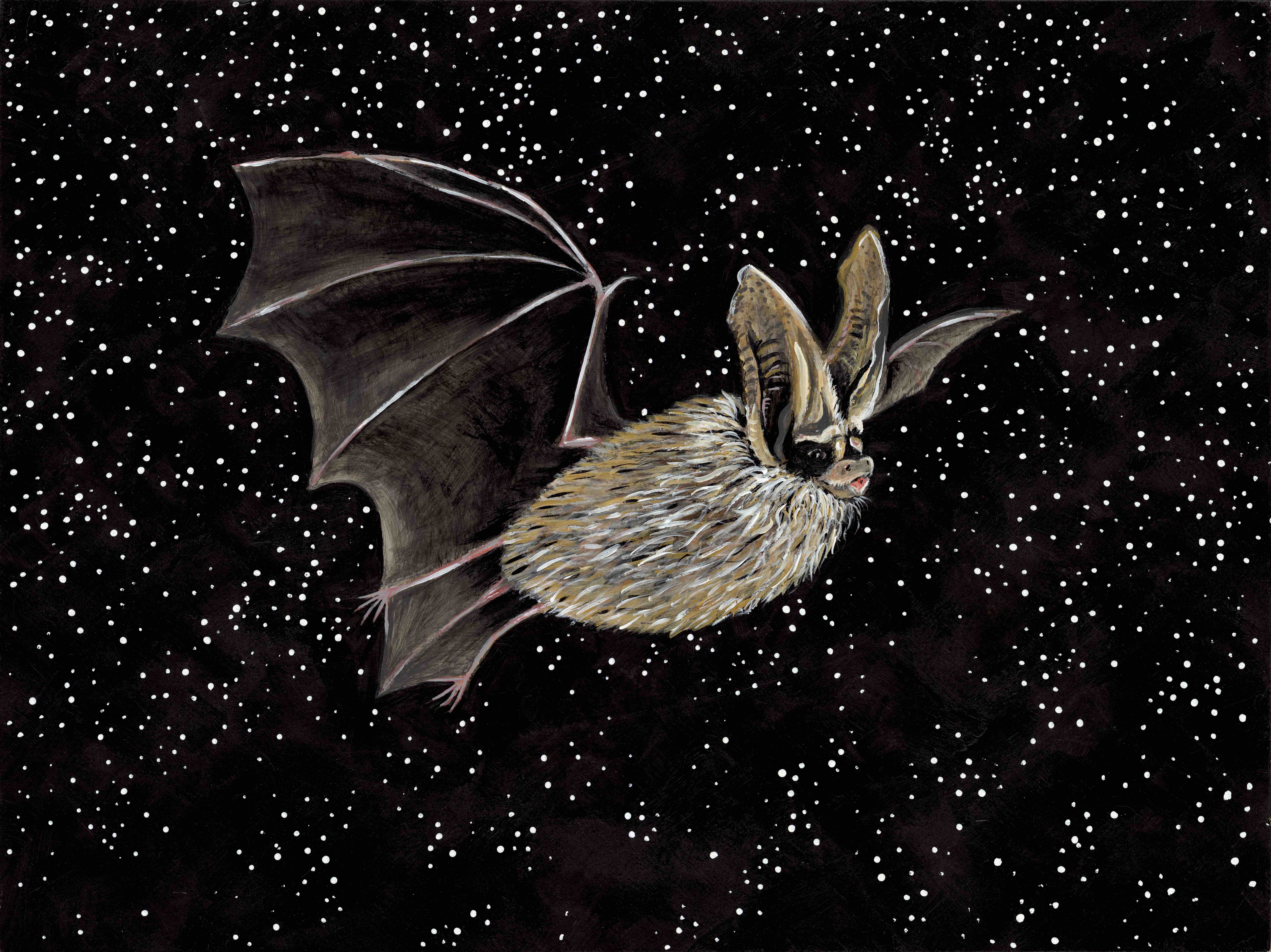 White-nosed syndrome is is taking a major toll on our bat friends. According to White-nose Syndrome Response Team "White-nose syndrome (WNS) is known to predominantly affect hibernating bats. More than half of the 47 bat species living in the United States and Canada rely on hibernation for winter survival.

Currently, 12 bat species, including two endangered species and one threatened species, have been confirmed with white-nose syndrome in North America".

Bat Conservation International is doing a great job of educating about the importance of bats- Check out the VIDEO on their page about White-Nose Syndrome.

So, why have I created art about Townsend's big-eared bat?  Because I know the power art can have in making us curious about our world... the more we know about bats as well as other endangered, threatened and species of greatest conservation need (SGCN) the more we begin to truly remember that we are all in this world together.  We need each other.

“When these (hibernating) bats are sleeping, their ears are generally rolled down and back across the head, resembling ram horns, which gives them one of their nicknames, “ram eared bats.”

“The(ir) hibernation roosts are usually abandoned mines or caves... While hibernating they hang solo or in small groups in the open, with their fur erect to provide maximum insulation and with their ears coiled back.”

“The primary threat is almost certainly disturbance or destruction of roost sites (e.g., recreational caving, mine reclamation, renewed mining in historic districts)... This species is very sensitive to disturbance events and has been documented to abandon roost sites after human visitation...”

“White-nose syndrome (WNS) is a disease affecting hibernating bats. Named for a cold-loving white fungus that appears on the muzzle and other parts of bats, WNS is associated with the mortality of an estimated 5.5 million or more bats in eastern and mid-western North America. In some areas, 90 to 100 % of bats have died.”

You can help by writing your U.S. HouseRepresentative to urge them toco-sponsor the Recovering America’sWildlife Act (RAWA), H.R.3742.