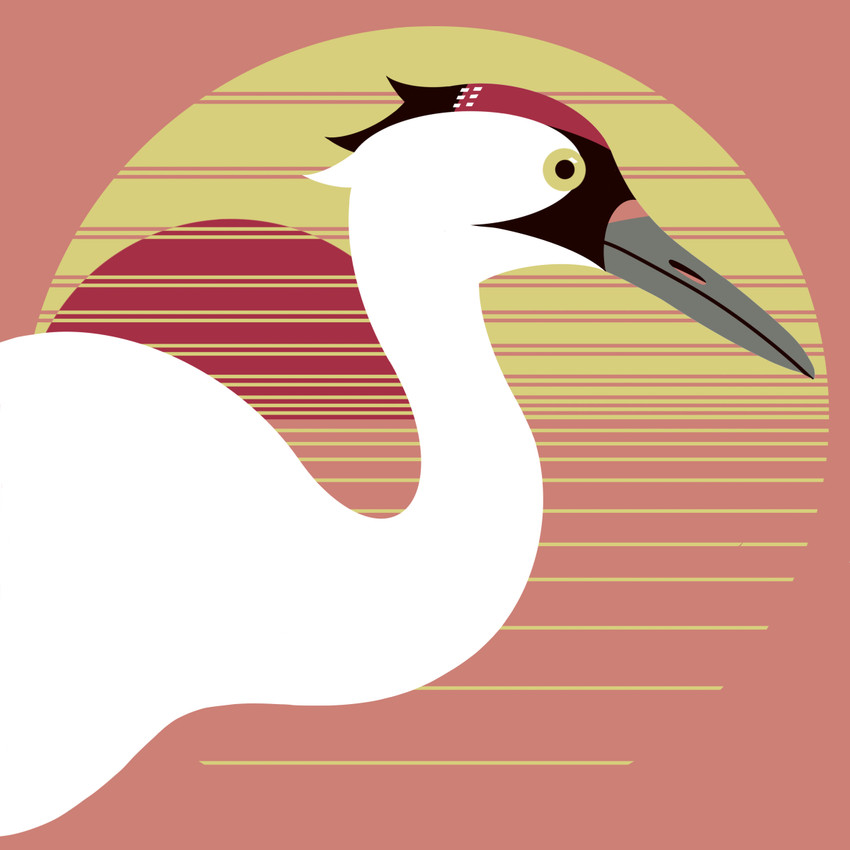 The Whooping Crane is the tallest & rarest birds in North America... 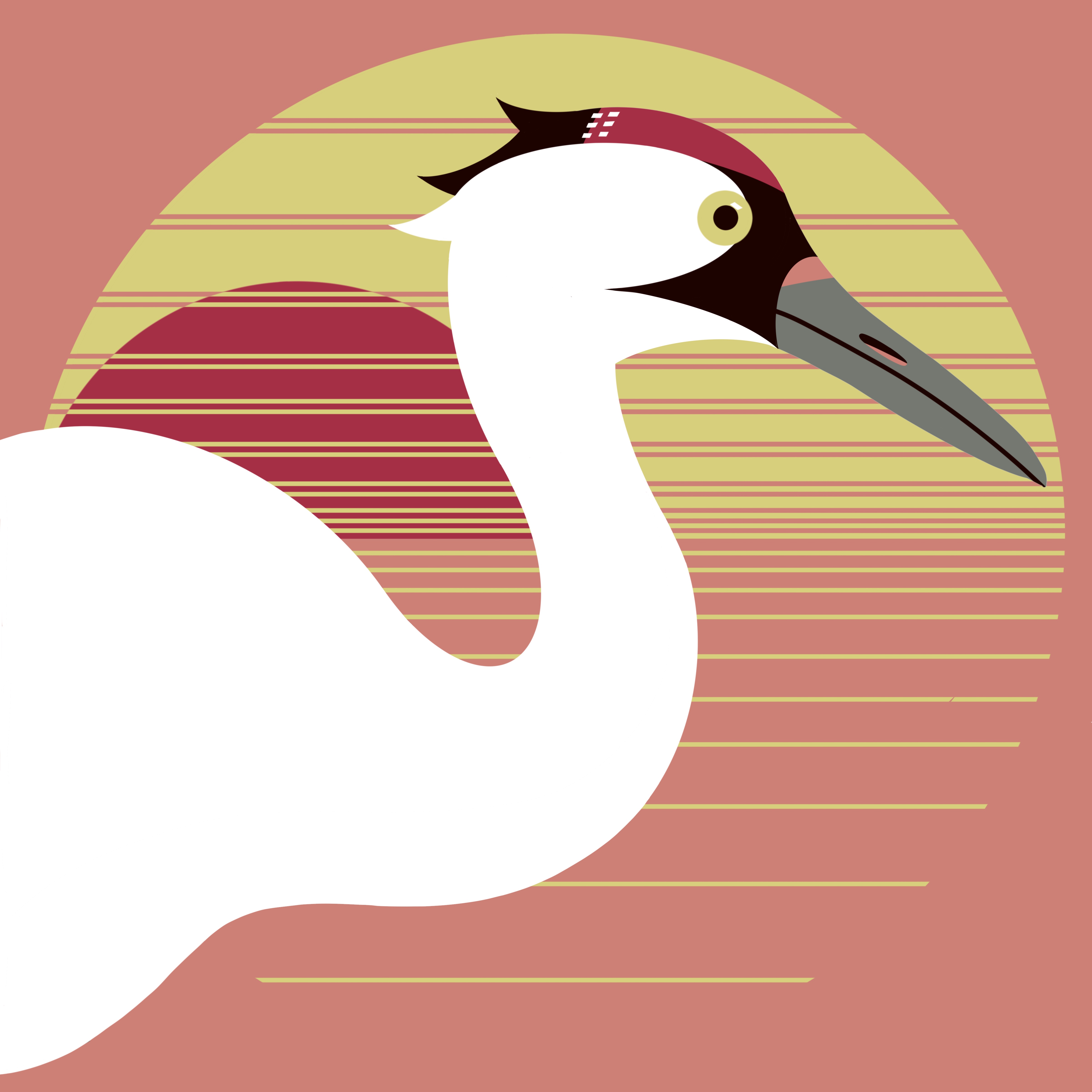 COLOR PALETTE SAMPLED FROM IMAGES OF THE WHOOPING CRANE: 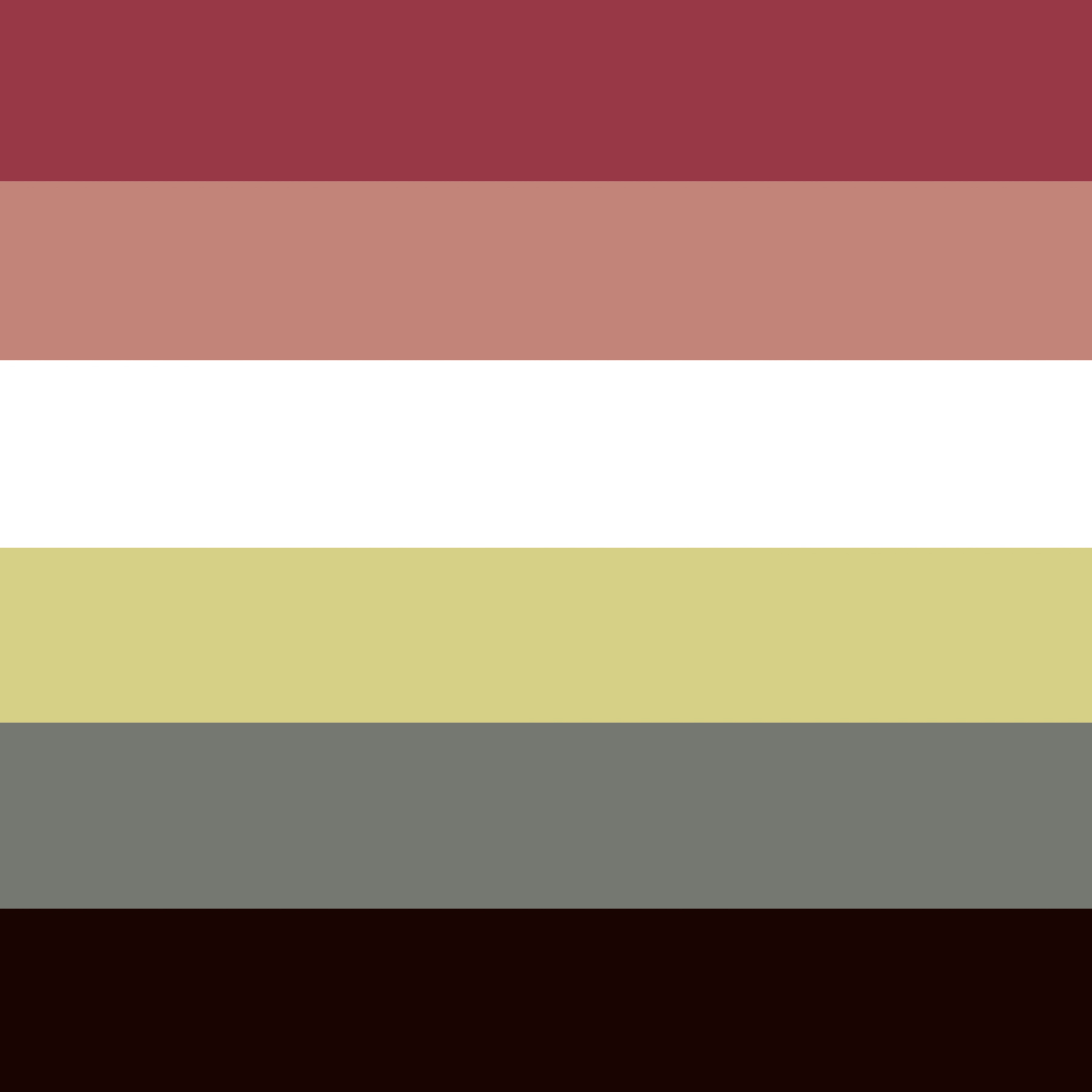 "In the early 20th century, we nearly lost the Whooping Crane. Unregulated shooting, habitat loss, and other human disturbance led to a precipitous decline in numbers, and in 1944-45, there were only 21 Whooping Cranes left in the world. The Whooping Crane was listed as endangered in 1970. There have been four reintroduction attempts, two of which are still ongoing. While the reintroduction attempts have seen both successes and setbacks, none of these populations are self-sustaining yet. Today there are over 800 Whooping Cranes in the world, split between three re-introduced populations, captive breeding programs, and the last remaining natural population."

If you ever have time- WATCH the story of George Archibald and Tex... Wow, talk about dedication...

"Archibald pioneered several techniques to rear cranes in captivity, including the use of crane costumes by human handlers. Archibald spent three years with a highly endangered whooping crane named Tex, acting as a male crane – walking, calling, dancing – to shift her into reproductive condition. Through his dedication and the use of artificial insemination, Tex eventually laid a fertile egg."

I had the opportunity to visit the International Crane Foundation in Baraboo, Wisconsin this summer and learned about the incredible recovery efforts of the Whooping Cranes. In 1944, due to unregulated hunting and habitat loss only 21 Whooping Cranes remained in the wild!  Below is an image with up to date numbers.

According to the Fish and wildlife Service the cranes in Texas are a wild population that "migrates between Canada’s Wood Buffalo National Park, where they nest, and the Aransas National Wildlife Refuge in Texas, where they spend the winter."

My take away from learning about the recovery efforts for the 15 species of the world's cranes is that all species benefit from these types of efforts- In the case of Crane conservation, Whooping Cranes can and are the umbrellas for conservation. By supporting crane conservation, we support entire ecosystems and the other species that rely on those spaces - including humans.

WATCH: This 36 second video by the Smithsonian's National Zoo 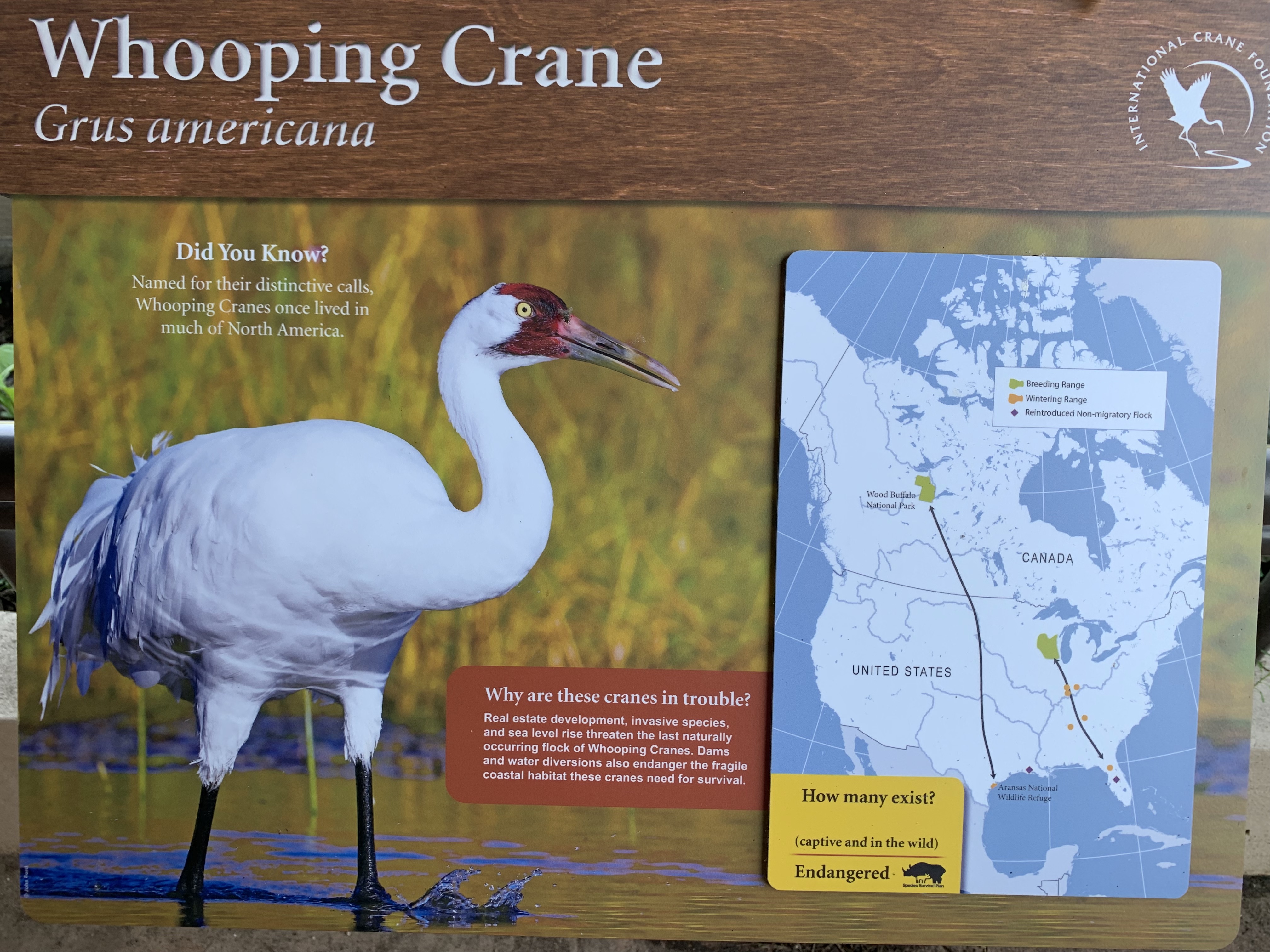 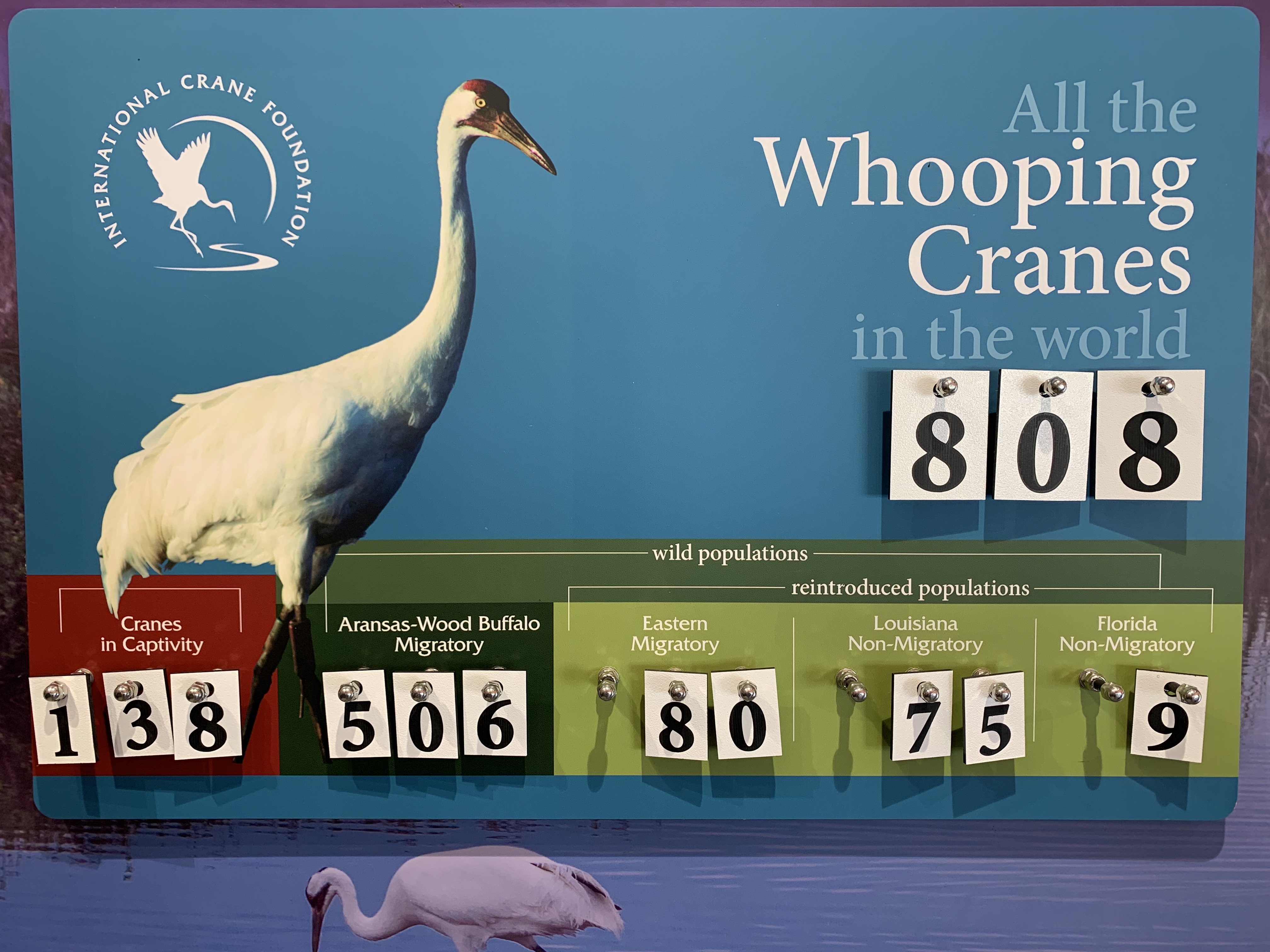