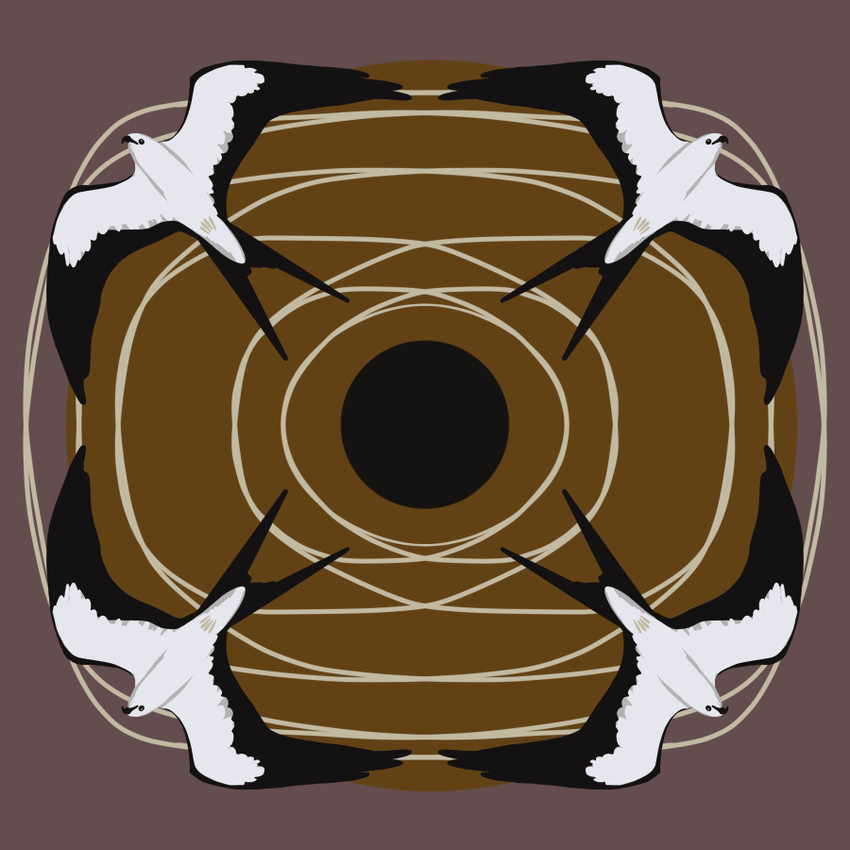 One of the most stunning migratory (South America) raptors, the Swallow-tailed Kite is an incredibly acrobatic predator. 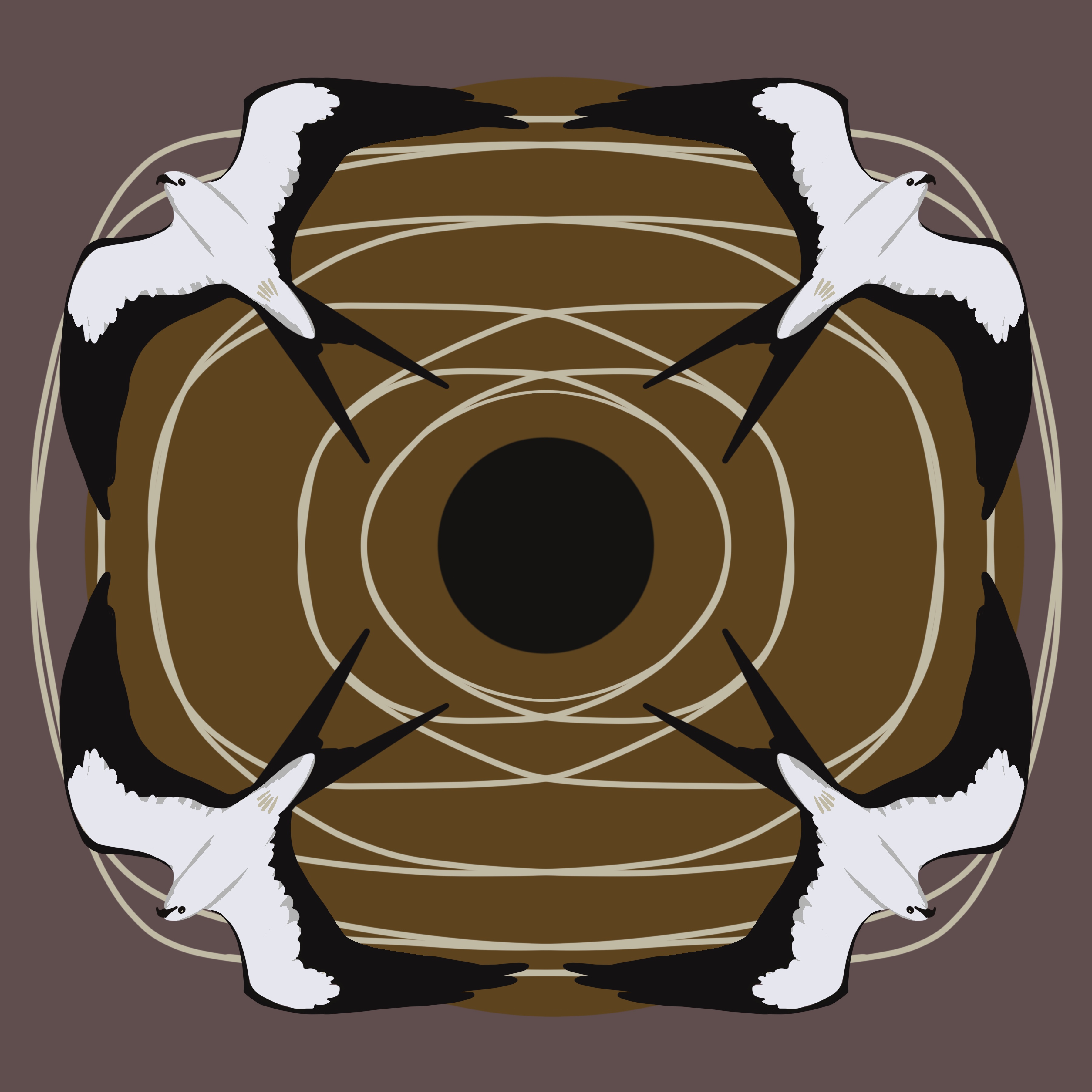 COLOR PALETTE SAMPLED FROM IMAGES OF THE SWALLOW-TAILED KITE: 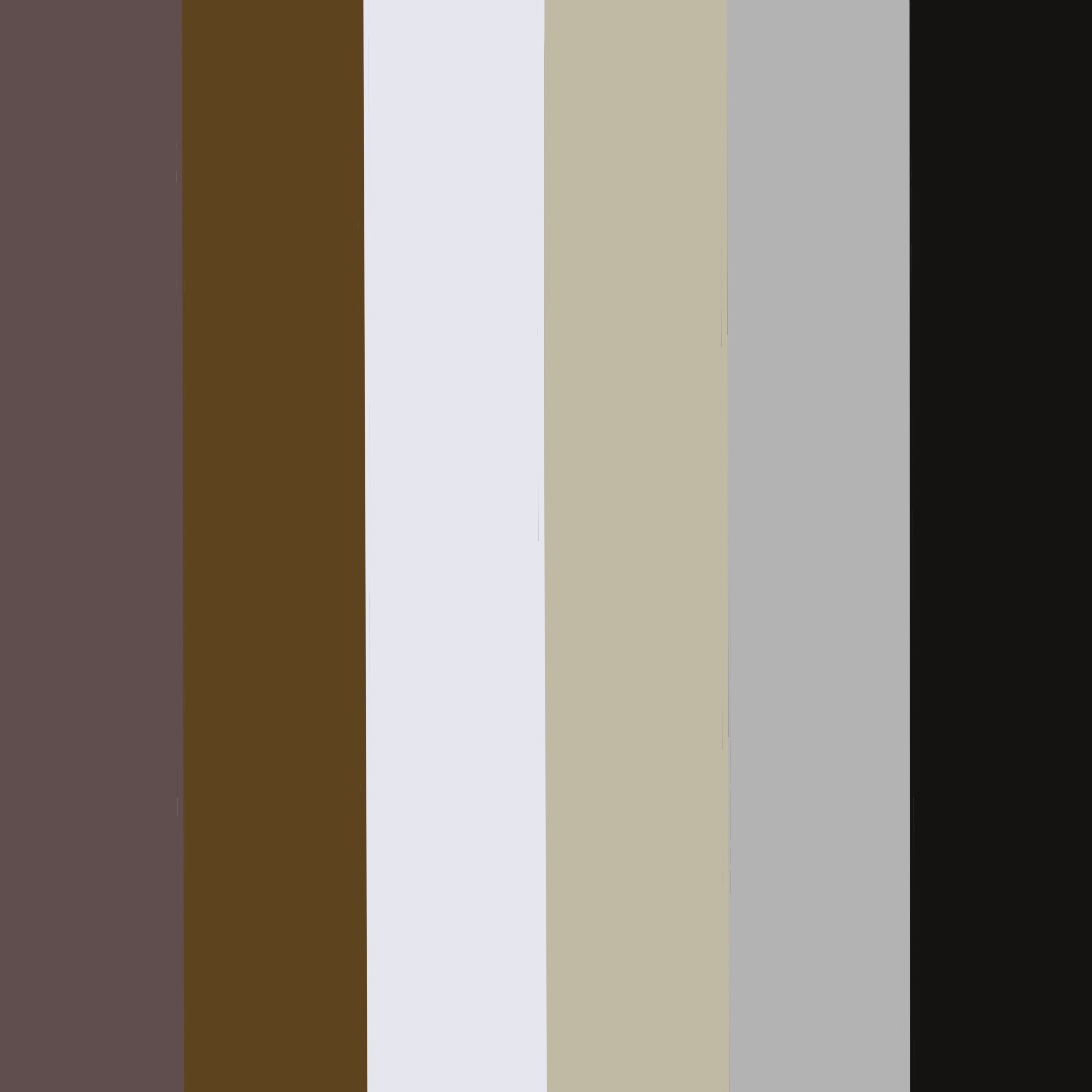 "The American Swallow-tailed Kite ranges throughout much of South America through Middle America into southeastern United and western Mississippi river valley. These birds were extirpated in the early 20 th century from the Gulf coastal plains and from the western Mississippi river forests. No explanation has been accepted for the contract of the northern breeding areas, but human activity and habitat loss seem likely. In the 1970s, an active nest was discovered in southeast Texas. Since then, these birds have reoccupied much of their former range. Migrants begin arriving in early March, while these birds leave for their winter homes beginning in early August. Whether in migration or foraging in family groups, these graceful aerial flyers are often chasing their flying insect prey. Given the continuing expansion of these kites in Texas, their future looks bright."

These birds soar all day, and eat on the wing... according to allaboutbirds.org

"Though adult Swallow-tailed Kites eat mostly flying insects, they feed their young with many types of small vertebrates - including tree frogs, lizards, nestling birds, and snakes. They snatch these animals from trees and other plants while in flight, and carry them in their feet."

According to the Nature Conservancy, "Kites need at least 100,000 acres of contiguous forest to maintain healthy populations. Scientists estimate that the swallow-tailed kite only inhabits about five percent of its historic range. Swallow-tailed kites once nested in 21 states. Records from the 1800s show nesting pairs as far up the Mississippi Valley as Minnesota and Wisconsin. Then the population underwent a sudden decline. By 1940, the kite’s range had shrunk to seven states, from South Carolina to Texas—and the reason was unclear. Nor did anyone know how many birds remained or where exactly they flew when they migrated south.

Then there’s habitat loss. Cypress swamps and other freshwater forested wetlands where the birds nest have been dwindling for centuries. Since the 1700s, about half the nation’s wetlands have disappeared, threatened by agriculture, logging, dams, dredging and invasive species, as well as natural disturbances like hurricanes.

A new peril also looms: salinity intrusion linked to climate change. As sea levels rise, ocean tides push the “salt wedge” farther inland. This is the zone where saltwater pushes upstream in a wedge under the freshwater flowing out to sea..." 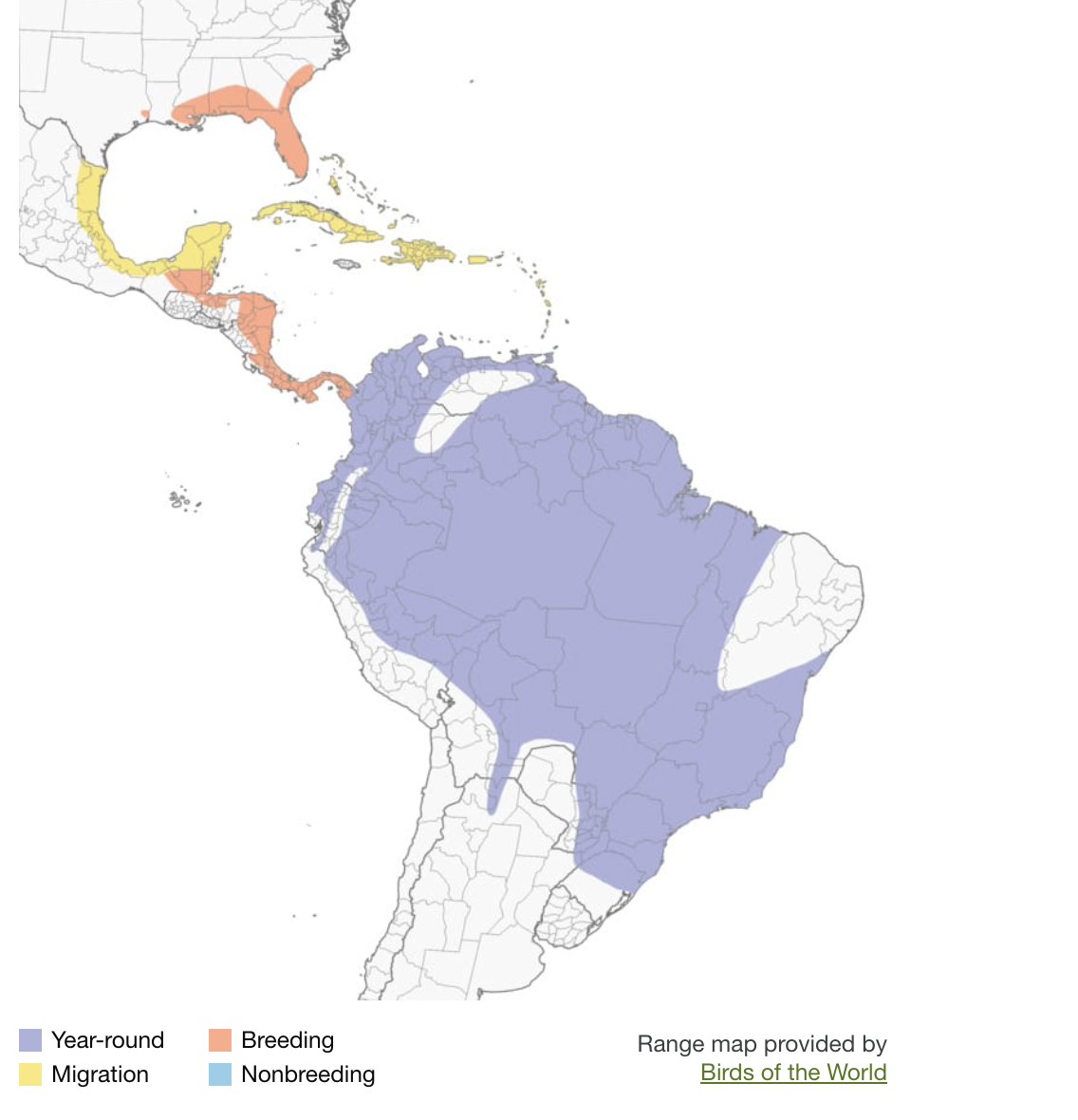