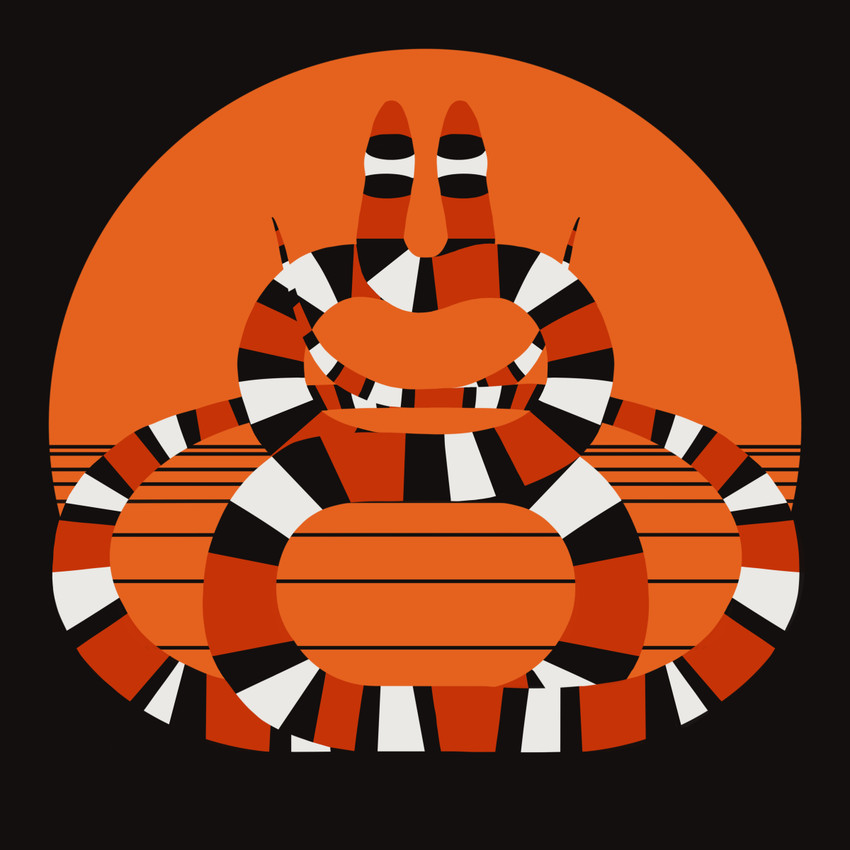 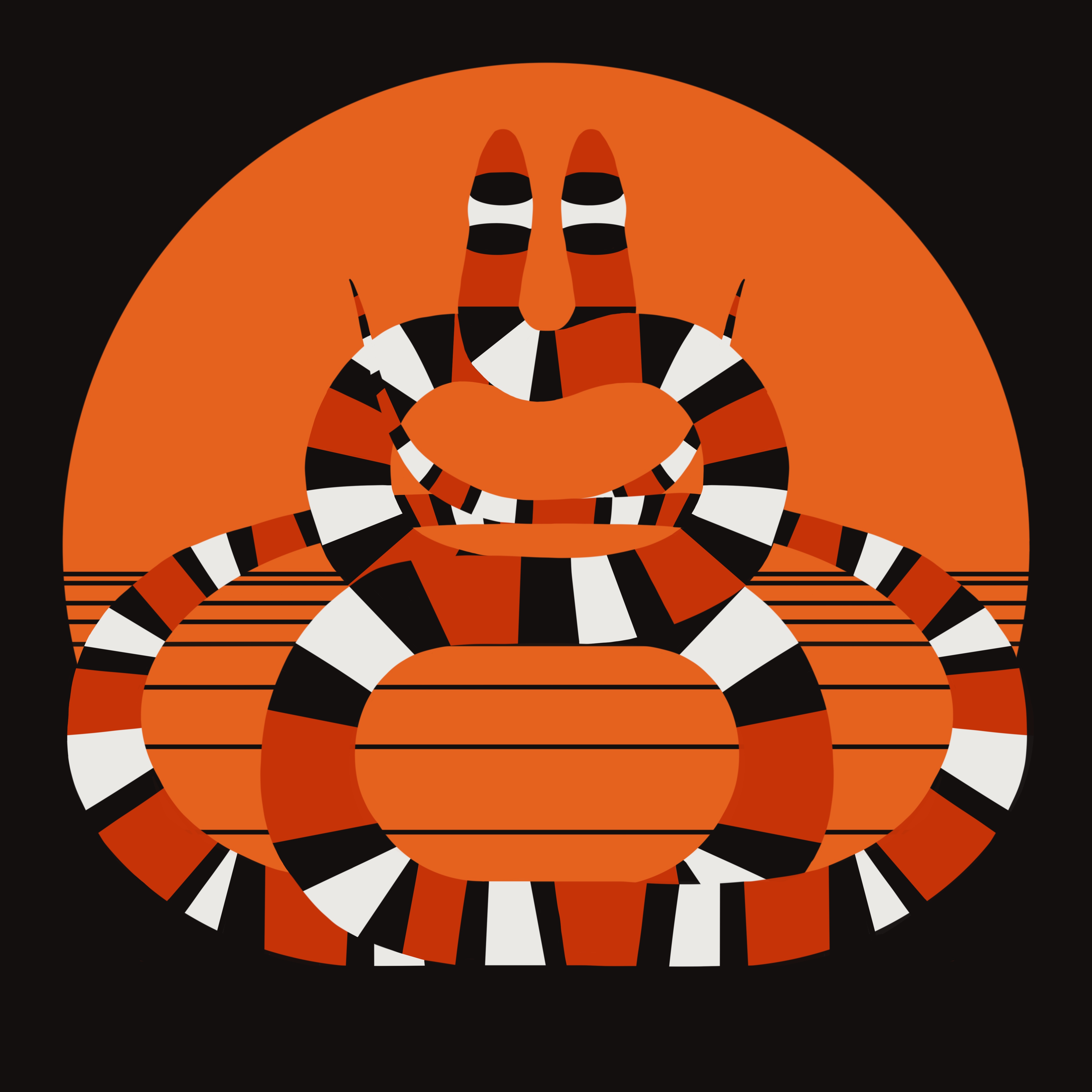 COLOR PALETTE SAMPLED FROM IMAGES OF THE SCARLET SNAKE. 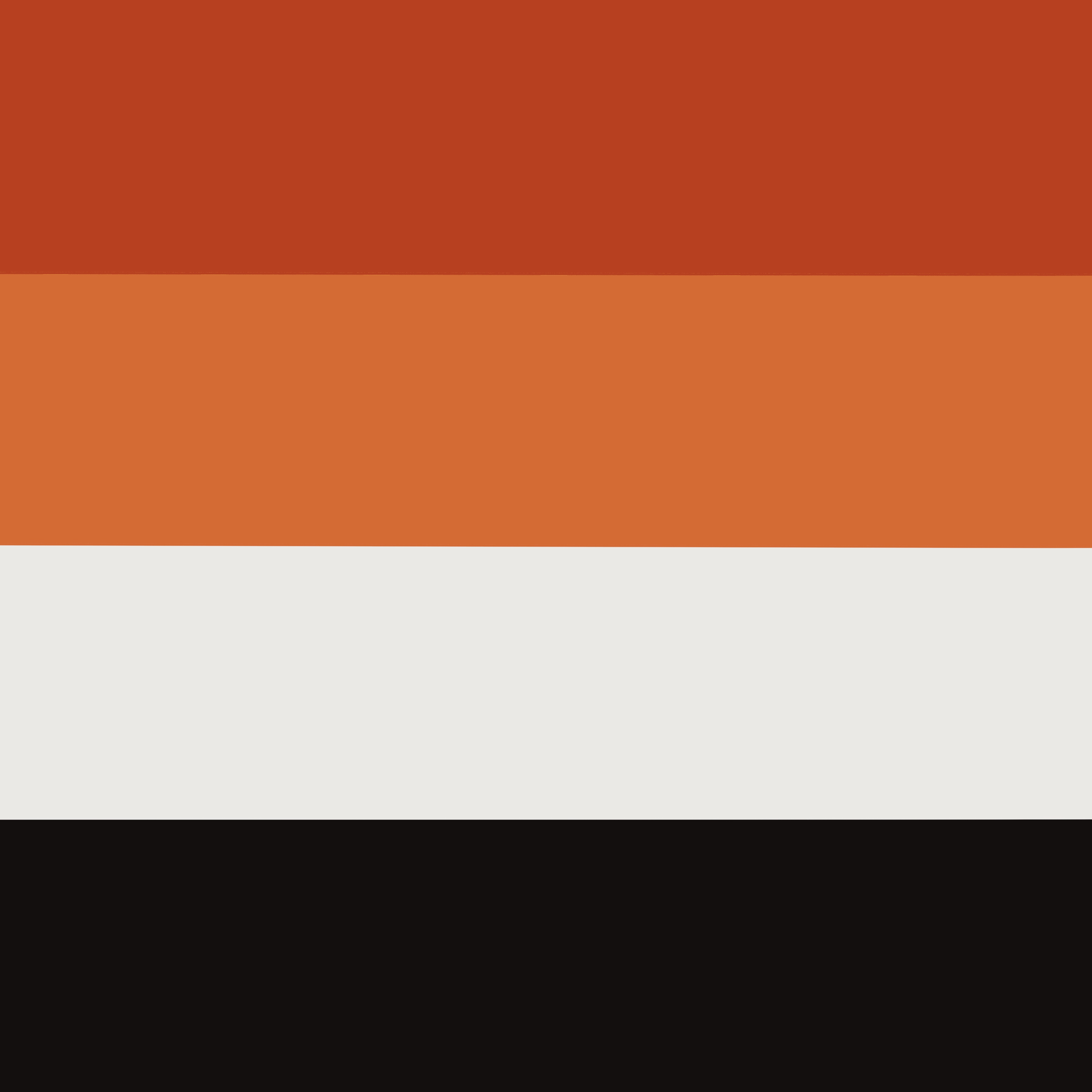 The Scarlet Snake (Cemophora coccinea lineri) is a fairly small nocturnal nonvenomous snake that can be found in South Texas- it can be confused with the venomous red next to yellow kind... #coralsnake

According to information found on iNaturalist, "Like all scarlet snakes (genusCemophora), the Texas scarlet snake is a secretive burrower, spending most of its time under ground. It prefers sandy thicket habitats along the Gulf of Mexico coastline." 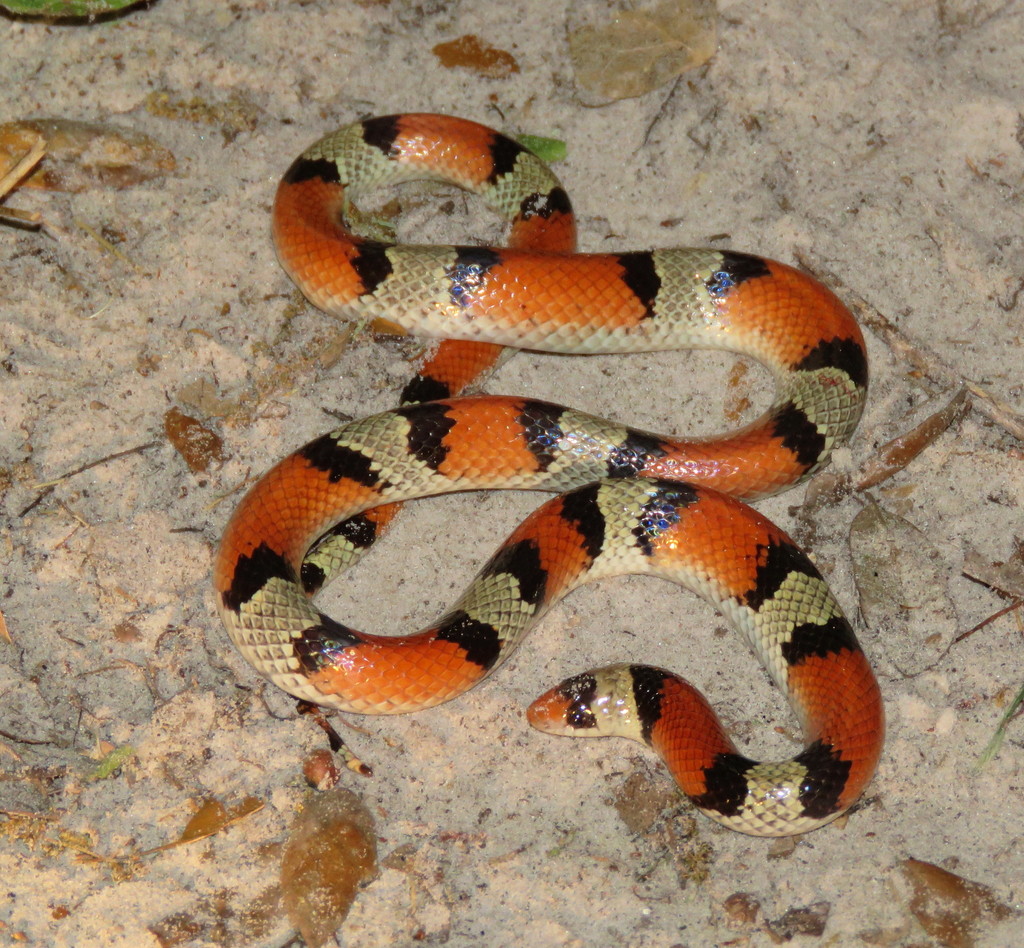 There are actually 2 species of Scarlet Snakes that are threatened in Texas. Geography is a great indicator of which one you are seeing- if you are in South Texas- you are likely seeing the Scarlet Snake. North East Texas- the Threatened Northern Scarlet Snake.⁠