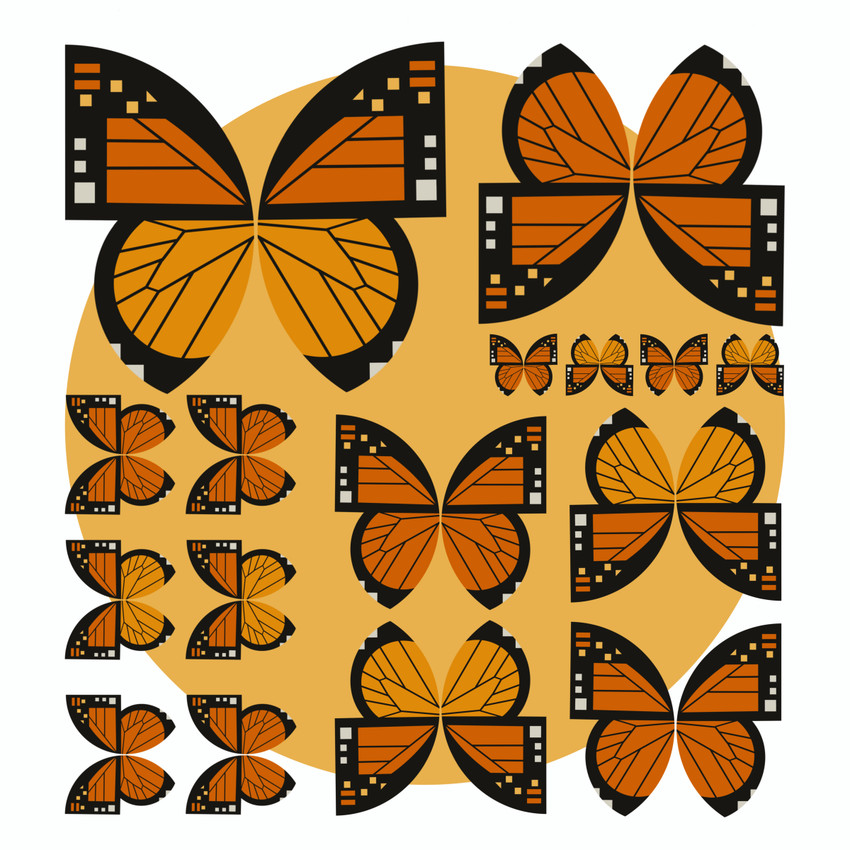 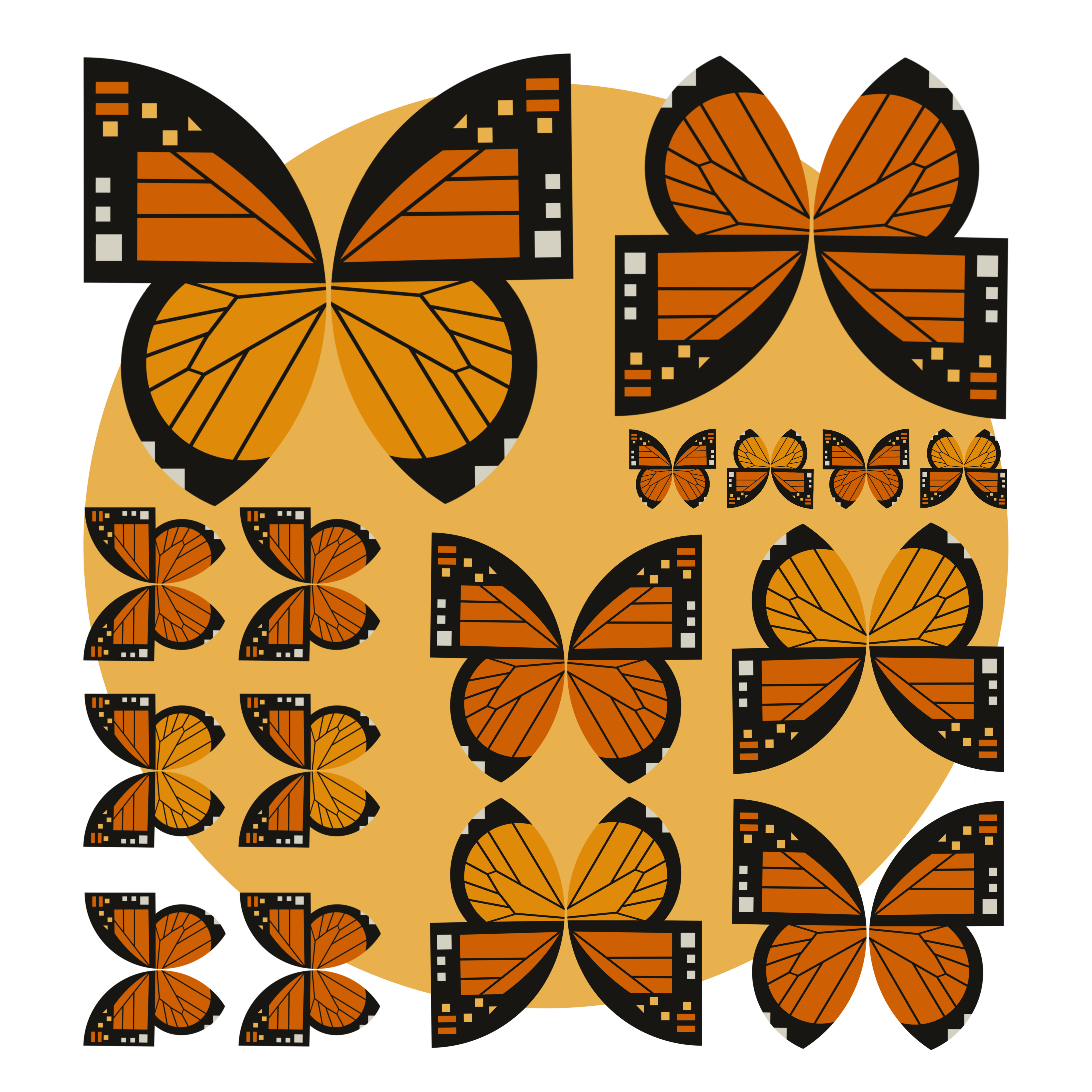 COLOR PALETTE SAMPLED FROM IMAGES OF THE MONARCH 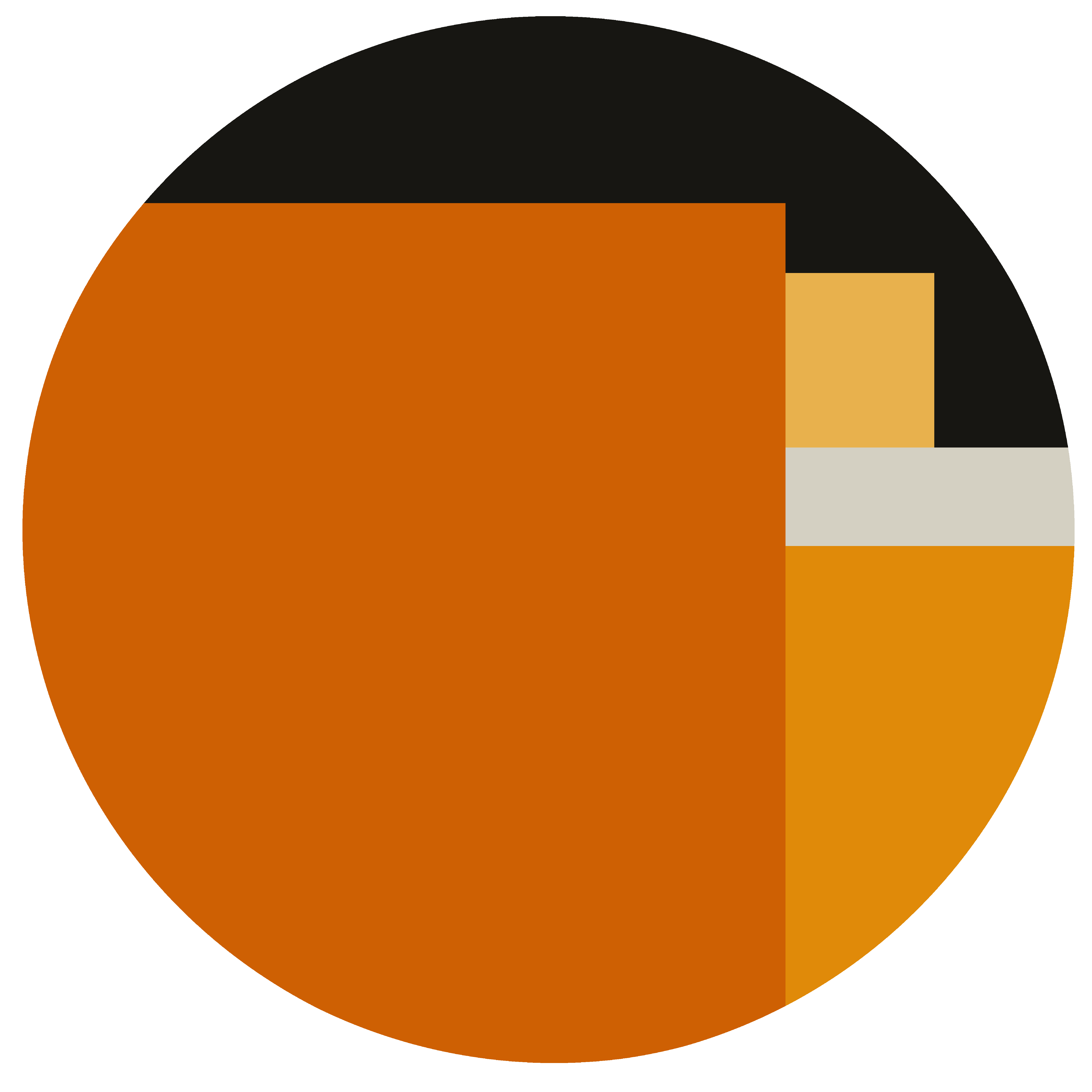 "One of North America’s most astounding insects, the charismatic monarch butterfly accomplishes an annual, multi-generational, long distance migration. Reliant on milkweed as the sole food source for its caterpillars, the adult finds nourishment in the nectar of many flowering plants. Spring and summer breeding monarchs are widespread across North America, from grasslands to roadsides to gardens. Millions of butterflies that emerge in the fall take part in an extraordinary migration, landing in the oyamel fir forests of central Mexico or coastal California overwintering groves. People across the continent have come together to protect this beloved butterfly and the many other organisms that share its habitat. Drastic population declines threaten the monarch migration to the extent that the species is currently a Candidate Species under the U.S. Endangered Species Act and migratory monarchs have been added to the IUCN Red List."

"In response to the recent announcement that IUCN has listed monarch as butterfly as endangered, we want to clarify that this not a U.S. Fish and Wildlife Service Endangered Species Act (ESA) listing decision. The monarch butterfly status remains warranted but precluded with the intent to reconsider the species for listing in 2024. In December 2020, the U.S. Fish and Wildlife Service found that listing the monarch under the Endangered Species Act is warranted but precluded by higher-priority listing actions. The monarch is a candidate for listing at this time and has been added to the national listing work plan. If listing is still warranted at that time, the Service intends to propose listing the monarch in Fiscal Year 2024. Because the monarch is a candidate, we review its status each year to ensure its priority is appropriate. We welcome any new information on the monarch’s status that will help inform our decision-making process."

Monarch butterflies get endangered status but no protections (sanantonioreport.org)

NPR On Point piece: How to save the endangered monarch butterfly | On Point (wbur.org)