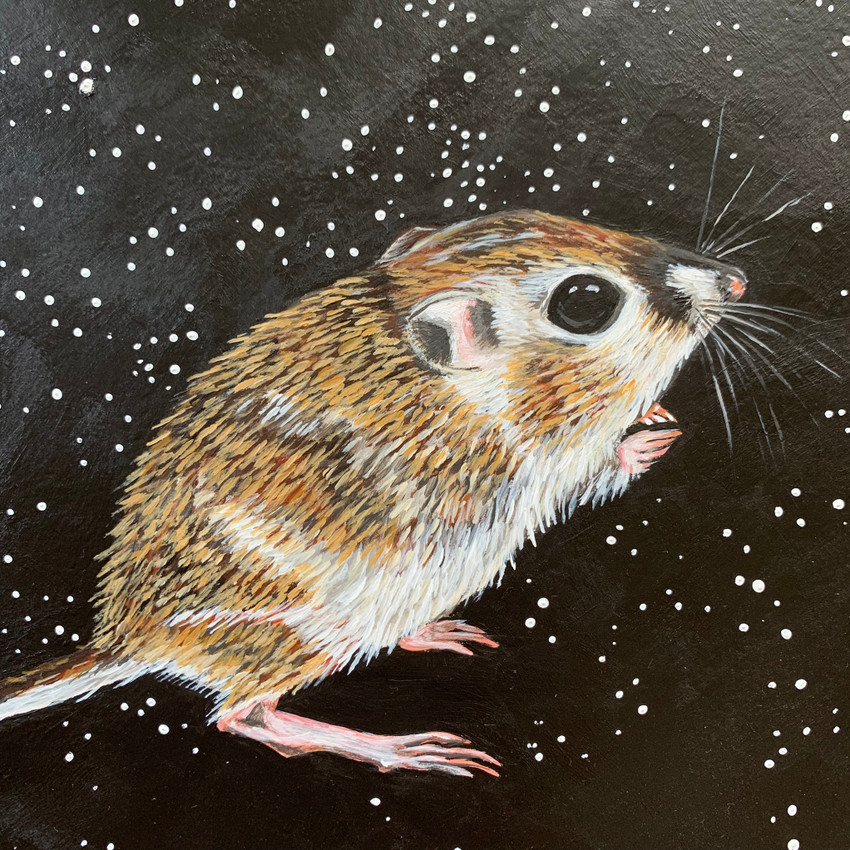 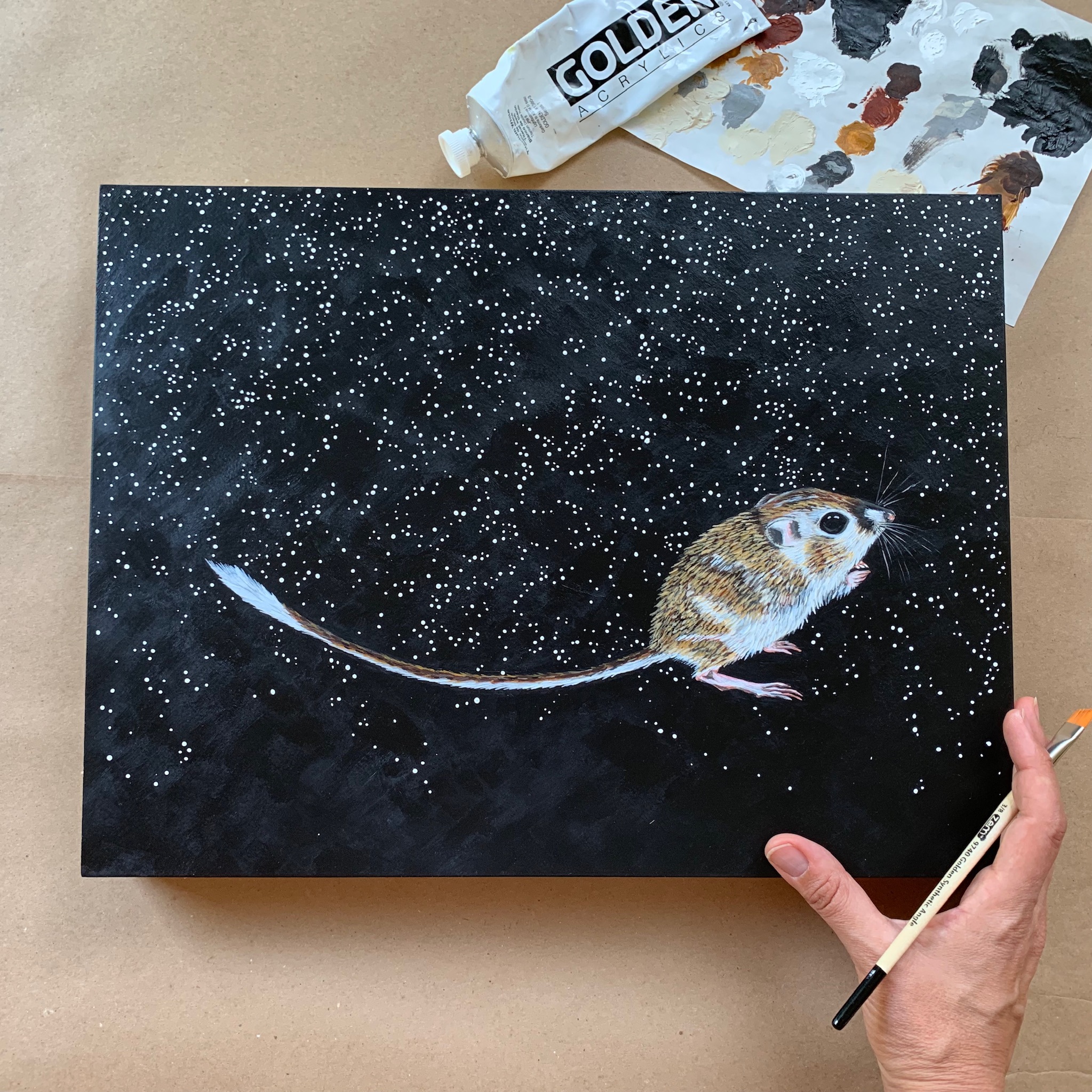 I have been learning so much about Texas' Endangered, Threatened and Species of Greatest Conservation Needs.  This acrylic painting of the Threatened Texas Species was a sweet one to paint.  Texas Parks and Wildlife has put out an incredible video that helped me learn so much.  (Link below).

These were the Texas Kangaroo Rat (and Kangaroo Rats in general) facts that were most interesting to my children:

It's an honor to learn and share more- I believe the more we understand the more we can help.

“The Texas Kangaroo Rat is rare and is listed as a threatened species by Texas Parks and Wildlife Department. They live in underground dens with the entrance at the base or roots of a small mesquite tree. They make trails to their burrows. Texas Kangaroo Rats are highly nocturnal, only coming out when it is completely dark. The diet of the Texas Kangaroo Rat consists of seeds, stems, and leaves of grasses, forbs, and some perennials. Domestic crops such as oats and introduced grasses like Johnson grass are the most important plants in their diet. Texas Kangaroo Rats store food to get them through periods of scarcity.

This kangaroo rat appears to breed year round, with peaks early spring and late summer. Their average litter size is three. Young kangaroo rats develop rapidly and immature females are often found to be pregnant within a few months of leaving their nest. This species lives in areas with clay soils and sparse, short grasses and small, scattered mesquite bushes. Texas Kangaroo Rats occur in north-central Texas from Cottle and Motley counties in the west to Montague County in the east.

The primary threat is the clearing of... mesquite brush to which it is restricted”.

You can help by writing your U.S. HouseRepresentative to urge them toco-sponsor the Recovering America’sWildlife Act (RAWA), H.R.3742.