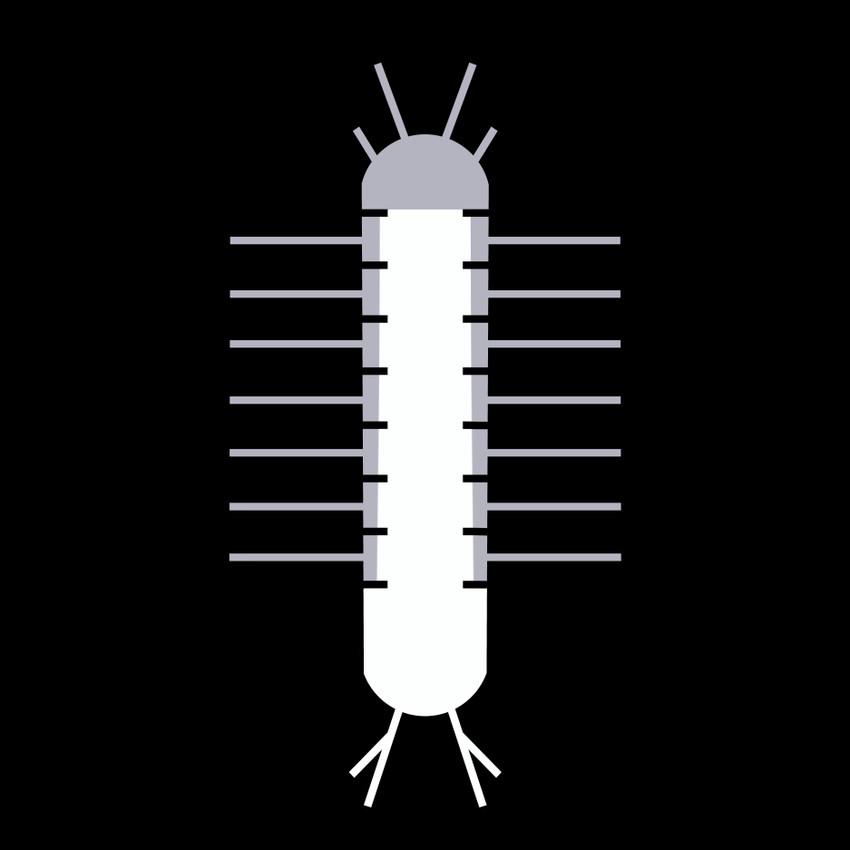 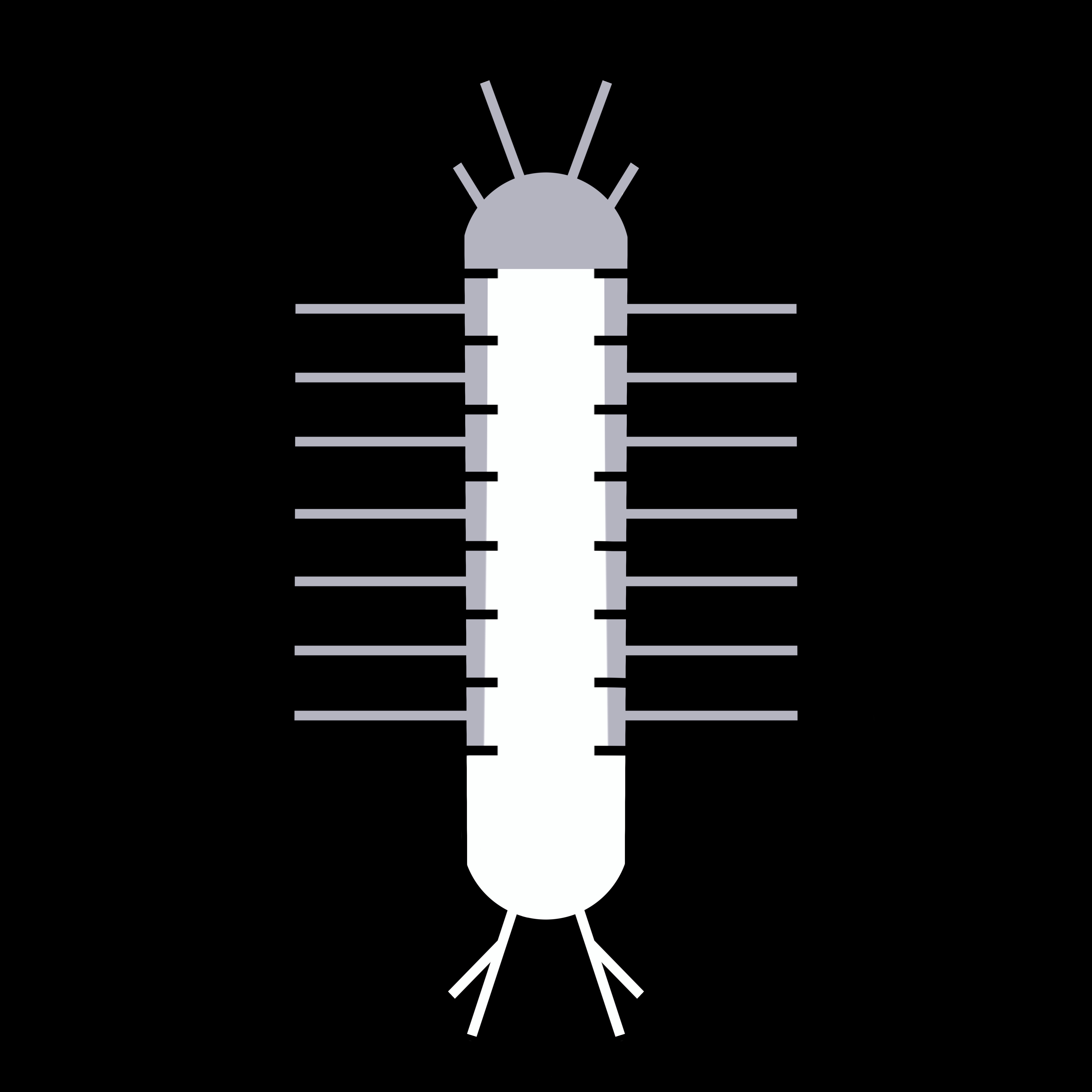 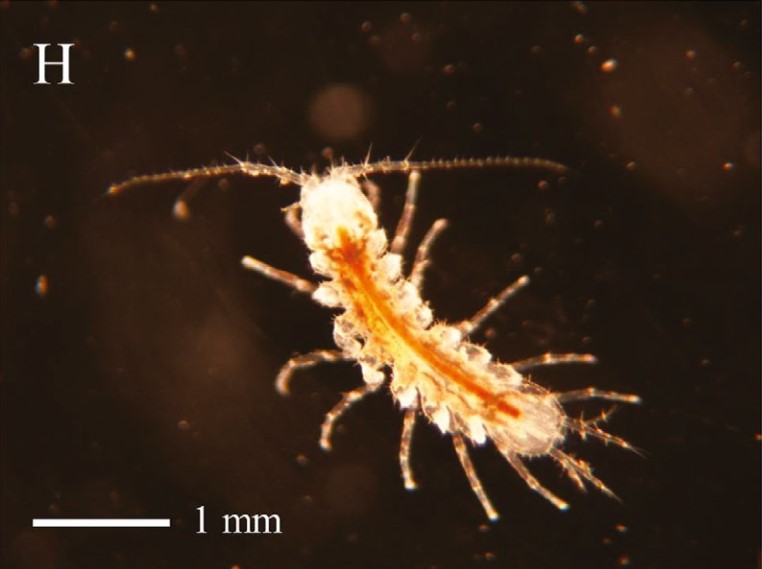 According to U.S. Fish & Wildlife Service:

"Often colorless or appear speckled white on the tail end. Color observed in a thin line down the center of the body is food consumed by the isopod."

"The Texas troglobitic water slater is an eyeless, unpigmented groundwater crustacean living within the Edwards Balcones Fault Zone Aquifer where no light present. In this dark habitat, they walk along the interstitial karst limestone spaces and can get caught in conduits of flow up through artesian wells and springs where they can be captured by researchers. This species diet is comprised mostly of food produced by chemolithoautotropic bacteria using chemicals, -chemo, from the limestone rock, -litho, creating energy made internally, -auto, that serve as food resources, -troph. A petition was issued to list this species and the Service published a 90-day finding in 2009 stating this water slater may be warranted for listing based on presented substantial scientific or commercial information."